In most homeschool computer science classes your child will learn how to program. The classes assume that he will already have some basic skills.

Even if your child does not want to program he should learn about computers. Today in most jobs you need computer skills. He should be familiar with office programs. Your child should know how to use the internet.

Computer repair and web design are other areas your child can learn.

Even if your child does not plan to repair computers for a living having the skill can save him money.

So let's learn about what our children need to know. Then let's see what is curriculum is available

When my children took programming there were some basic skills that they needed to have such as; 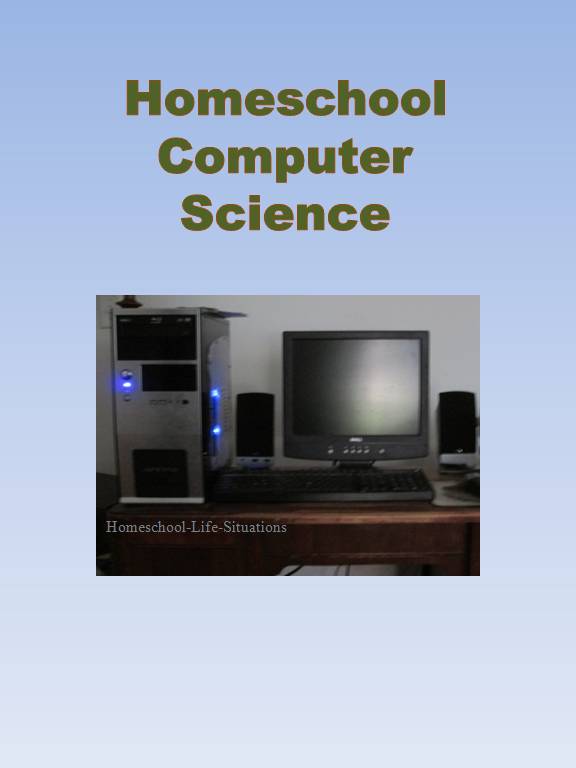 It Is Important to Teach about Computers

When you take computer science in college you will learn programming. There are three aspects to programming; design, coding, and testing.

Most children like the idea of making their own games.  How to program games is usually included in homeschool computer science classes. When my older son was younger he used Terrapin Logo. The program will give your child a basic understanding of programming.

Today C++, C#, and Java Script are the most commonly used gaming languages. There is also gaming engines that you can use to help you build games such as Unity 3D, which can use many of the gaming languages.

If your child wants to program it is important to take some classes in computer science. Depending on where he works he may even need a college degree.

With a degree in computer science you child can work in software engineering, graphics, or artificial intelligence. Programmers can work in industry, government, banks, and factories. You can also combine two degrees together and develop an interesting career.

Some teens like having a blog or website. In some website platforms all you have to do is type, no coding involved. But if you want to do more than the basics you will need to know HTML and CSS. I learned the basics of HTML from quackit.

My older son took a computer networking class when he was in high school. He learned how to repair computers. He can remove and replace components. He can also set up company networks. He can repair parts of the operating system.

Microsoft, Cisco, and CompTia have certificates in networking and computer repair. Many of the courses are expensive. One curriculum that teaches computer maintenance is Testout. To receive a certification you must pass a test at an approved testing center.

There are several companies that produce homeschool computer science curriculum. My children used material from Computer Science for Kids to learn Microsoft Small Basic. The company has two Small Basic courses. One has ten lessons it is for families that want to learn how to do simple games. The other course is on how to write Bible games in Small Basic. The first nine lessons are the same in both courses.

The Bible game course has thirteen chapters. In chapters ten through thirteen there are Bible games written in Small basic. In the regular course chapter ten and eleven have games. In both courses they give a small explanation of the new ideas. There are also ideas on how to change components in the game.

My younger children thought that programming was interesting but do not plan go further with their education.

Basic skills and some programming can easily be provided in a homeschool computer science class. If your child want to know how to repair or wants to program computers he will need to take college classes.

Computers are continually changing. Your child will need to stay current by taking more classes.